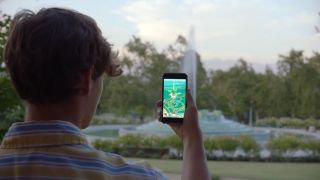 If you're addicted to Pokémon Go like I am, every PokéStop is important. After all, each stop is an opportunity for new items and potential lures to attract creatures.

But maybe playing the game on the go isn't enough. Maybe you want to play from your restaurant table during an awkward Tinder date. (Unless you both want to catch Pokémon together, in which case you have a keeper.) If that's the case, Yelp is here to help. The business recommendation engine has a feature to sort everything from restaurants to doctors' offices based on their proximity to PokéStops. Here's how to do it:

2. Search for a type of business.

This works on the desktop website as well as on the Yelp app for Android and iOS. Don't be surprised if the business you go to is dropping lures -- they want to attract customers, after all.

Expect to see more PokéStops or Gyms coming to businesses near you soon. The game will reportedly be getting sponsored stops in the future.