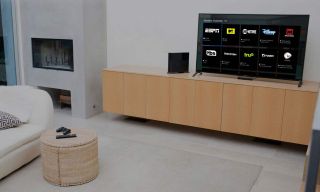 PlayStation Vue subscribers now have another option for what device they can use for live streaming of programs. PlayStation Vue just launched on Apple TV, bringing Sony's streaming video package to the latest version of Apple's set-top box.

Aimed at cord cutters who are tired of paying big monthly cable TV bills when they only watch a handful of channels, PlayStation Vue bundles up the likes of ESPN, AMC, FX, HBO, Showtime and the major broadcast networks, letting viewers stream both live programming and record programs to watch on their own schedule. PlayStation Vue packages currently start at $39.99 a month, a $10 discount off their normal price.

Sony says the Apple TV had the most requests for support among PlayStation Vue subscribers. It joins rival streaming services such as Sling TV, Netflix and others that already had apps on the fourth-generation Apple TV.

Existing PlayStation Vue subscribers will be able to link their accounts to the Apple TV to stream live TV through the set-top box. If you're just joining the service, you'll have to sign up through the PlayStation Vue website first before streaming from your Apple TV.