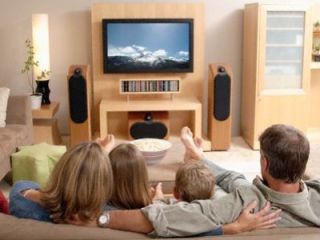 The challenge: cancel your cable service. For some, it won't be easy.

For a while there, it looked like streaming video services were going to supplant cable and satellite providers sooner, rather than later. Not so—and not yet. The digital media revolution didn’t happen quite as fast as many of us had hoped. It still—even in late 2011—takes quite a bit of work to finagle a satisfying slate of non-Cable/Satellite viewing options, especially if you prefer to watch on a television and not a laptop. With all of the subscriptions (Hulu plus, Netflix, sports package, etc.) and gadgets you might want to buy to replace your cable channels, there’s a chance you won’t even save money canceling that cable package. However, some of us are up for a challenge, and are stubborn enough to want to prove a point: it can be done.

We’ve put together a guide to gear that can help you get started, at the very least. Click here to enter our contest to win prizes from Newegg, including a Boxee Box, an Iogear PC-to-HDTV wireless streaming device, and 1TB WD TV Live box from Western Digital.

Here are some products to pick and choose from when considering the move off the grid from cable or satellite to Internet streaming, over-the-air high-def, and other unconventional TV-watching options. Don’t forget: if you don’t go for the cable company’s “triple play” you probably don’t have a land line phone, either. Make sure to give your ear a break from talking on a cell phone by using a different kind of headset.

*If you do ditch cable or satellite service, your living room will probably not look like the one in the photo above. In fact, you'll probably have antennae and wires and boxes all over your living room for at least another five years. But you'll have beaten the system.