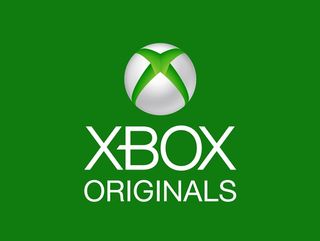 The Xbox One is not just for video games, and Microsoft made that abundantly clear at its Beyond the Box Presentation this week. The tech giant has a plethora of shows planned to launch under the Xbox banner, from comedy to sports to video game adaptations.

The conference began with a performance from indie jazz group Lakestreet Dive. The choice was not an accidental one: Lakestreet Dive will be performing at this year's Bonnaroo music festival, which will stream live on Xbox Video. Users will be able to venture from stage to stage at the touch of a button (or with a gesture) and see their favorite bands up close with excellent sound quality and much shorter bathroom lines.

Xbox Originals will be available on Xbox One, Xbox 360, Windows 8 and Windows Phone 8. Microsoft is still deciding how pricing and availability for content will work.

Music is only one of a number of genres Microsoft hopes to share with viewers. Nancy Tellem, the president of entertainment and digital media at Microsoft, discussed a whole new slew of Xbox Originals. The company has invested considerable time and resources in producing original content, contracting beloved Hollywood directors and producers from Ridley Scott to Stephen Spielberg.

The first round of Xbox Originals will contain a healthy variety of shows, from the futuristic teen drama about robots "Humans," to the steampunk Western "Deadlands" (based on the tabletop role-playing game of the same name), to the street soccer documentary "Every Street United." Other programs included "Winterworld," "Gun Machine," "Extraordinary Believers" and "Food Show."

In addition to traditional TV shows, Microsoft wants to leverage modern technology to offer consumers something off the beaten path. To demonstrate, we watched a short film called "Possibilia." This film ran about five minutes or so, and told a fairly quotidian story about a breakup.

What made it interesting, though, was that we could see all the branching paths the story could take based on the characters' choices. These scenes played out in real-time at the bottom of the screen, and users could switch back and forth at will. At first, there were only two choices, but these eventually ballooned out to eight. Upon completion, the story coalesced back into a single scene and looped, letting viewers select a different sequence of events for the next rewatch.

Perhaps the most exciting development of the conference came from Jordan Levin, the executive vice president of Xbox Entertainment Studios. Original video is fairly new territory for Microsoft, he explained, but creating beloved franchises is old hat for the company.

Microsoft is eyeing six of its most popular video game franchises for TV adaptations: "Gears of War," "Fable," "State of Decay," "Forza Motorsport," "Age of Empires" and, of course, "Halo." In some cases, like "Halo" and "Fable," plans are already in motion for video adaptations. Others are more tentative, but still very much on the table.

The conference capped off with a performance from funk band Chic, hammering home that music would influence a big part of Microsoft's future content plans. Expect more details on Xbox Originals videos as they get closer to their air dates later this year.