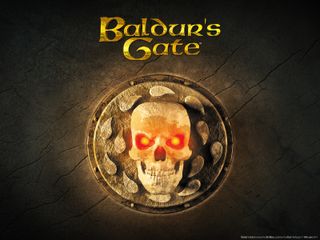 From tabletop to video game

If you've played "Mass Effect," "Dragon Age" or "Star Wars: Knights of the Old Republic," then you owe a debt to classic role-playing games (RPGs) like "Baldur's Gate," "Planescape: Torment" and "Neverwinter Nights." These games are part of a declining genre of PC role-playing games that flourished over a decade ago and have hit some hard times recently, but may be on the upswing again.

Likewise, "Baldur's Gate" and its ilk owe a debt to "Dungeons and Dragons": a pencil-and-paper RPG from the 1970s that men with long beards played using nothing but pencils, paper and mountains of dice.

Though the PC RPG is floundering, new nostalgia-driven upstarts like "Project Eternity" might indicate that the genre still has some life in it. This Kickstarter project, which asked for $1,100,000 and earned almost $4 million, will come by way of Obsidian Entertainment next year. Obsidian is an RPG developer with some of the best talent in the industry and its story is, in many ways, the story of how PC RPGs went from an obscure pastime for nerds to mainstream success and back again.

Tom's Guide recently spoke to two of the masterminds behind these venerable titles from heavy-hitter RPG developers Black Isle, BioWare and Obsidian: Feargus Urquhart and Chris Avellone. They explained how a game played with pencils and dice inspired some of the greatest adventures in video game history.

Crowded out by the megagames

Classic high-fantasy RPGs on the PC are a rare commodity these days — at least from major studios. Skyrocketing production costs appear to be the major culprit. Making a gripping RPG is not as cheap as it used to be.

"What happened in the early 2000s?" Urquhart asked. "We were in this golden era of PC RPGs, and then it went somewhere. Consoles were taking over; there was no funding for PC. That happened at a lot of publishers."

It was one thing to give your character hundreds of customization options and ways to influence the story when all you had to do was recolor armor graphics and write additional dialogue. But when each new item requires a team of 3D designers working overtime and every line in the game needs a seasoned voice actor, designing a linear first-person shooter is much easier than designing a true, sprawling RPG.

The D&D RPGs from Black Isle, BioWare and Obsidian never felt cinematic or fast-paced; they opted instead to be immersive and engrossing. From their smart, tactical gameplay to their dramatic narratives full of memorable characters, the D&D RPGs represented something gamers had never seen before and have hardly seen since: Role-playing adventures that combined deep gameplay systems with accessible interfaces, attractive graphics, sweeping scores, gripping stories and clever scripts.

These series build off the pencil-and-paper role-playing game Dungeons & Dragons, which has a pretty straightforward concept. You and your friends gather around a table, take on fantasy personas and roll dice to determine events in your battle with the forces of evil.

Licensed D&D video games streamline a lot of the tortuous dice-rolling and allow a single player to embark on an adventure without needing to wrangle a group together. Although D&D-based video games have been around since the '80s, they did not reach mainstream accessibility until 1998 with the release of an enterprising little title called "Baldur's Gate."

In 1994, a young Feargus Urquhart was working for a video game company called Interplay. Urquhart had cut his teeth playing D&D in high school, and landed a summer job during college at the up-and-coming game publisher. After working his way into the QA department, he had no desire to go back to school, and dropped out in order to be a full-time RPG man.

Meanwhile, a little-known video game company and Interplay collaborator called BioWare was hard at work on an RPG called "Battleground Infinity," but needed some help to get it off the ground. Urquhart stepped in as the game's producer.

"Battleground Infinity" combined the thoughtful, turn-based combat of a pencil-and-paper game with the real-time chaos of an action game. Players could pause the game, issue orders to their combatants and watch the action play out, or just entrust their characters to complex AI routines that would attack, change targets and retreat as necessary.

Next Page From niche to mainstream