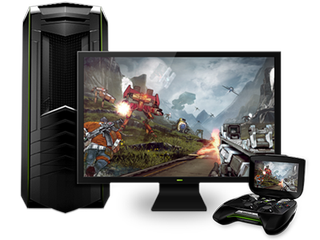 Partners also include router makers, which will manufacture routers certified to work with the GameStream service.

GameStream currently allows players to stream compatible games from their PC over Wi-Fi to the Android-based Nvidia Shield handheld gaming system, allowing remote play of PC games from anywhere in the house.

GameStream also has a cloud-based service in beta, called GRID. It allows users to play games being run on Internet servers, with a stream of the game sent over Wi-Fi to the Nvidia Shield. The beta version of GRID is currently only available in northern California.

Nvidia lists more than 60 games compatible with the GameStream service and the Shield, including "Assassin's Creed IV," "Batman: Arkham Origins," "Battlefield 4" and "Call of Duty: Ghosts." The Nvidia Shield retails for $250.