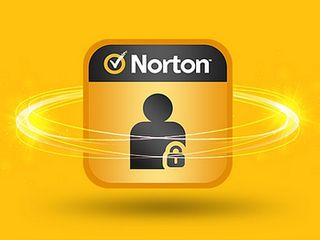 On Wednesday Symantec said that web attacks increased 30 percent last year, and the trend doesn't show any signs of slowing down. To combat is growing threat, the company has updated its line of Norton-based defense including Norton 360 Multi-Device, Norton 360, Norton Internet Security and Norton AntiVirus.

Symantec said these updated solutions are optimized for the upcoming release of Windows 8.1 which is slated for a mid-October release. Customers will notice some changes to the product user interface, but a majority of the upgrades reside under the hood. This includes advanced repair capabilities that take advantage of a broader set of Internet-connected resources. That means Windows systems files can be repaired faster and with greater consistency, the company said.

MORE: Inside the Black Budget: 5 Things NSA May Be working On

"This year we significantly improved the behavioral-based protection engine called SONAR, which operates on the premise that while the physical nature of malware changes, its behavior often does not," the company said on Wednesday. "As a result, SONAR now allows the latest products to discover and shut down malware that attempts to disguise its bad behavior by operating inside legitimate Windows processes."

The updated SONAR engine also helps with the removal and cleanup of malware attempts by saving the evidence of the attack for later use by Norton’s repair software. This helps ensure that a system is returned to its original state, and that all traces of a malware attack are removed. Meanwhile, Symantec has enhanced Norton Identity Safe with a whole new look, improved the app's form filling, and added drag-and-drop functionality and full vault searches that can be made directly from the toolbar.

"We know our users don’t want security getting in the way of their normal day-to-day interactions as they use their PC," the company said. "So each year, we’ve made it a goal to keep improving the speed of our performance while ensuring that we continue to deliver world-class protection. This release continues to raise the bar. Based on recent testing, compared with last year’s releases, we have improved boot time by 15 percent, install speed by 10 percent and memory usage during scan by 100 MBs, resulting in our fastest and lightest performance yet."

Customers can now purchase the latest versions of Norton 360 Multi-Device, Norton 360, Norton Internet Security and Norton AntiVirus through various retailers located throughout the U.S., and online through Symantec's Norton website. Below are the prices and what each solution provides:

Norton Internet Security ($79.99)
One year of coverage for up to three PCs

Norton AntiVirus ($49.99)
One year of protection for up to one PC