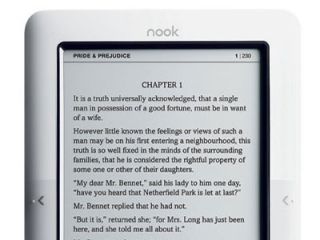 Barnes & Noble released a new software update for the company’s almost forgotten Nook eReader. The software update brings the Nook up to version 1.5 and adds a couple new features as well as the usual performance optimizations.

New features include the ability to stay in sync across multiple devices, improved organizational capabilities and improved security measures. The new stay in sync feature automatically syncs the last page read with the Nook and Nook apps – which includes Android, iOS and desktop platforms.

Version 1.5 introduces a new “My Shelves” feature that lets users organize eBooks with virtual bookshelves for easier organization of different book topics. Improved security measures that arrive with version 1.5 includes the ability to password protect the Nook when it goes into sleep mode and to prevent unauthorized purchases from the Nook.