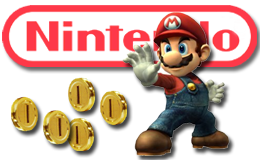 An Australian man must pay $1.5 million in damages for copying and uploading Nintendo's New Super Mario Bros for the Wii console a week ahead of its November release. James Burt, 24, of Sinnamon Park in Queensland, agreed to pay the fine in an out-of-court settlement last month. Burt will also be required to pay Nintendo's $100,000 legal bill.

The details on how Burt was caught it somewhat scarce. Nintendo said Tuesday that it used "sophisticated technological forensics" to track down the ripped game once it hit the Internet. "Nintendo will pursue those who attempt to jeopardize our industry by using all means available to it under the law," the company said.

Nintendo presented the evidence to the Federal Court and was granted a search order for Burt's residence in November. Burt was forced to reveal the location of all computers, storage devices, and disks. Burt was also ordered to reveal account information to all social networking sites, websites, and email accounts.

"It wasn't just an Australian issue, it was a global issue," said Nintendo Australia managing director Rose Lappin in a statement to The Sydney Morning Herald. "There was thousands and thousands of downloads, at a major cost to us and the industry really. It's not just about us. It's about retailers and if they can't sell the games then they have to bear the costs associated with that. Once it's on the internet it's anyone's really."

There was no indication on how Burt copied and uploaded the game before its commercial release.