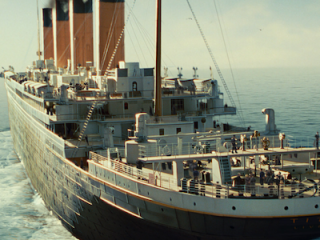 Before you hang banners and spike the punch on New Year's Eve, you may want to take some time to watch a film or two before they are gone. But don't worry — there will be some new cinema experiences available on Netflix to dive into on New Year's Day.

With the new year, Netflix will have some contracts ending with film studios and some just beginning. A purported list of expiring movies has been making the rounds on Reddit, including a number of modern classics such as "Do The Right Thing," "Requiem For A Dream" and "Serpico" as well as blockbusters such as "Top Gun" and "Titanic."

It may not be as bad as it looks, however. Netflix declined to comment on whether or not the Reddit list, derived from site Netflix Expiring, is accurate. Also, some contracts expire at the end of the year, just to be renewed the next year.

Netflix did, however, point us to another list on Reddit that it said is accurate: those movies that will be coming to the streaming service in 2014. Here are some of the films that you will able to watch on Jan. 1: