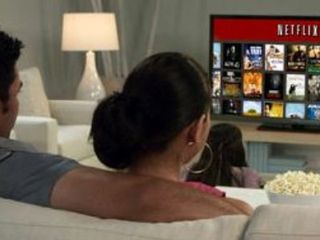 If you’re still tripping over a carelessly draped HDMI cable to watch your favorite shows on the big screen, it’s time to upgrade your set-up. This spring, Hulu Plus expanded its range of supported devices for seamless screening. The subscription, available for $7.99 per month, is now available on machines like select Toshiba 2012 Blu-ray players,Sharp 2012 TVs, and Best Buy’s Dynex Blu-ray players. These models, most of which also connect to Netflix and YouTube, join an already-comprehensive fleet of living-room devices that support Hulu. Hooking one up to your television will allow for summertime marathons of your favorite shows.

Netflix has also recently expanded the list of devices on which its Instant Watch is available. Most exciting are the mobile devices that now support its programming. In April, Netflix’s comprehensive mobile app was made available on Windows phones, as well as Playstation’s new mobile Vita device. You can now also watch Netflix on color e-readers like the Kindle Fire and Nook, perfect devices for tossing into your beach bag.

Next Page Better Options for the Whole Family