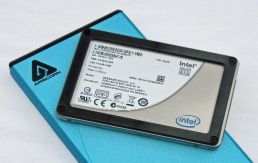 Time For a Change

By now, you’ve probably heard that Windows-based PCs—and Windows 7 in particular—perform faster when using solid state drives (SSDs) rather than conventional hard disk drives (HDDs). Up until the last few months, SSDs were prohibitively expensive for the average consumer, but recent price drops have placed even top-performance, consumer-class drives within the $250 and under category. Most likely, 2010 will be the year that mainstream users get a serious performance boost by making their boot drives (usually C:) SSDs and leaving most of their data and secondary applications on larger, slower hard drives.

For hobbyists and enthusiasts, drive upgrading is old hat. But for many Tom’s Guide readers, the upgrade process may still be a mystery. Screwdriver work inside of a PC is something “for gurus.” The thought of changing a notebook’s hardware remains daunting. In this first of two photo walk-throughs, we’re going to show you exactly how easy an SSD upgrade can be. Experts in the audience may roll their eyes, but we’re out to show the rest of you that this is within your reach. You don’t need to pay a professional. There’s no magic at work. The process is so easy, you may be shocked.

In this first article, we’re going to focus on upgrading an Acer AspireOne netbook, which came from the factory with an Intel Z520 (1.33 GHz) Atom processor and only 1GB of memory. With specs like those, you know this little unit could use a lift.

Next Page Does SSD Deliver?