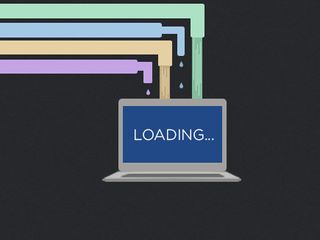 Regulation on net neutrality looks certain now that Republicans in the Senate have withdrawn legislation that would have preempted the rules. Tomorrow (Feb. 26), the Federal Communications Commission will likely approve, by a 3-2 vote, a policy that regulates Internet service providers (ISPs) and wireless carriers as public utilities under a legal provision called Title II.

So, is this a good thing?

Some critics, including two of the five FCC commissioners, say the 332 pages of net neutrality regulations that the FCC will vote on this week could hamper the development of new technologies and prevent ISPs and wireless companies from offering special deals and incentives. Those warnings might seem like knee-jerk reactions to perceived government meddling. But let's hear them out.

MORE: What Is Net Neutrality? An FAQ

Treating all Internet traffic equally would actually make it harder to keep the data flowing smoothly, handicap cloud computing services like voice recognition and even muck up phone calls, said Doug Brake, a telecom analyst with the Information Technology & Innovation Foundation. That's because the Internet isn't just for downloading and streaming; it's increasingly used for real-time interactions among computers, servers, cellphones and other connected gadgets — where every millisecond really does matter. For these types of applications, prioritizing some packets over others could make a difference.

"Carriers are not looking to build a tollbooth," Brake said, referring to situations when ISPs require content providers to pay more for access to the network. "They are looking for ways to build a special-purpose network."

These special purposes, he said, include voice and video calls. "Take an HD Skype call," Brake said. "We can make that work — kind of — but you still get stuttering or artifacts ." If the video data packets get priority in the data queue over a snippet of email, the call would run a lot better, and the email would still get through in time. But an explicit ban on prioritization would make that difficult or impossible, Brake fears.

Prioritizing data will be important for a new generation of wireless service — voice over LTE, or VOLTE, he said. Here, bits of conversations are mixed into the same wash of digits that carries your emails, Facebook messages, Spotify streams and selfie posts, none of which are as sensitive to delays as a phone call (or video call) is. And latency — the delay for a packet to get where it's going — is worse with bandwidth-strapped wireless networks, Brake said. "Prioritization is the only way to do voice over data," he noted.

Latency could also kneecap new services that require split-millisecond connections to massive computers far away. Voice-recognition apps don't live on your phone or TV. Rather, they live on servers that record your voice, figure out what it really means and tell the app back on your device how to respond — all in an instant.

The Electronic Frontier Foundation, an organization solidly on the side of net neutrality regulation, is skeptical of these arguments for prioritization. Jeremy Gillula, the EFF's staff technologist, said that prioritization doesn't work once data leaves the ISP and goes on to the larger Internet.

"Most transit providers and interconnections today completely ignore packet prioritization codes," Gillula said. He added that data encryption, which is becoming increasingly common, would obscure any labels that, say, distinguish a voice packet from a piece of a Web page.

Gillula also argued that even well-intentioned prioritization could be unfair to users. "If I use my connection primarily for VoIP, but my neighbor uses hers primarily for gaming [and we have the same ISP], why should one person's traffic be prioritized over another based on the type of traffic?" he asked.

Half off. Two for one. Shopping is full of special offers. But regulating wireless providers and ISPs as utilities would require uniform pricing and prohibit the offering of deals, said Ajit Pai, one of the two FCC commissioners who opposes regulation. He is also one of the few people allowed to see the upcoming regulations.

Pai, a former Verizon attorney, warned in a statement that the upcoming FCC regulations — which he labels "The President's Plan" — would prohibit anything short of an all-you-can-eat data plan. People couldn't save money by being charged for only how much they use, he said. Rather, with everyone paying the same amount, data-thrifty people would subsidize the bandwidth hogs, he claimed.

The upcoming FCC regulations also mean no more freebies, he warned. "The president’s plan goes out of its way to say that sponsored-data plans and zero-rating programs, like T-Mobile’s Music Freedom offering, may violate the new standard for Internet conduct," Pai's statement said.

But maybe those free-access deals aren't worth it if they make it hard to find new content. "Imagine you watch all the videos you want on your phone on YouTube without using any of your data," said Evan Greer, of Fight for the Future, a group that's been organizing campaigns in favor of net neutrality regulation. "Would you then go try out a new, innovative YouTube-like service, knowing that it will cost you precious data?"

Critics of net neutrality regulation point to the many ways it can go wrong, from unintended consequences to abuse. Yet they are optimistic that ISPs, if left alone, will do the right thing to ensure open Internet access. Supporters of regulation have the opposite sentiments. Regulations are almost certainly coming, and it will take both sides to fight against abuses of those regulations in order for the Internet to keep working.

Senior editor Sean Captain likes his Internet the way he likes his convenience stores: always open. Follow him @seancaptain. Follow us @tomsguide, on Facebook and on Google+.