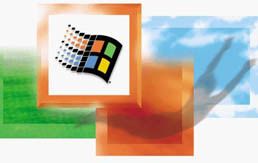 Data gathered from users of PC Tools’ ThreatFire security service indicated Vista allowed 639 threats per thousand computers, compared to 586 for Windows 2000 and 1,021 for Windows XP. According to PC Tools, with an infection rate of 639 per 1,000 PCs means 64-percent of Vista PCs have already been compromised.

"Ironically, the new operating system has been hailed by Microsoft as the most secure version of Windows to date," Simon Clausen, CEO of PC Tools, said in a prepared statement. "However, recent research conducted with statistics from over 1.4 million computers within the ThreatFire community has shown that Windows Vista is more susceptible to malware than the eight-year-old Windows 2000 operating system and only 37-percent more secure than Windows XP."

Despite the claims, PC Tools does not clearly indicate its methodology in its research. What constitutes as a threat is not defined, how threats were chosen, and whether the same threats were applied to all participating PCs. Since PC Tools gathered its data from its own crop of users, it is assumed the company only gathered statistics – something that is easily manipulated.

Microsoft fired back with their statistics and findings saying, “we appreciate independent studies and encourage researchers to help us make our products more secure; however, this is a study by a vendor of anti-malware products. ThreatFire vulnerability comparison numbers certainly don’t reflect our vulnerability findings from the malicious software removal tool, which ran on over 400 million machines in December 2007. From June 2007 through December 2007, the MSRT found malware on 2.8% of the Windows Vista machines it ran on, vs. 7.2% of Windows XP SP2 machines. It found malware on 5% of Windows 2000 SP4 machines and 12.2% of Windows 2000 SP3 machines. Note that for Windows 2000 this spans both client and server machines.”