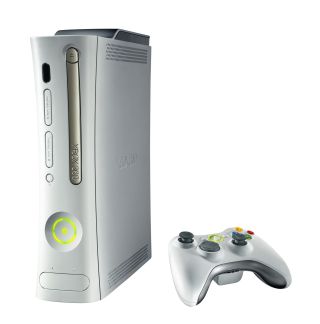 The hard drive-equipped models will shed $50, while the Arcade model drops $80. This will make the Xbox 360 the lowest-priced console of the current generation, undercutting the Nintendo Wii at $249.99.

"We are thrilled to be the first next-generation console on the market to reach $199, a price that invites everyone to enjoy Xbox 360, " said Don Mattrick, senior vice president of the Interactive Entertainment Business at Microsoft. "Xbox 360 delivers amazing performance at an extraordinary value with the leading online service and best lineup of games, downloadable movies and TV shows available from a console. The majority of consumers make the decision to buy consoles once the price falls to this mark, making this an important milestone for consumers and the industry."

Besides just becoming more affordable than the Wii, Microsoft is particularly happy of its sub-$200 price point. According to its own data, Microsoft said that 75 percent of all console sales happen after the hardware has fallen below the $200 mark.

Besides just as a games machine, Microsoft is also making hard push for the Xbox 360 to be an entertainment media solution. Microsoft was happy to point out that an Xbox 360 Arcade plus a 12-month Xbox Live Gold Membership and a Netflix subscription costs $100 less than 12 months of digital cable.

Traditionally, renting movies online Xbox Live required the user to have a hard drive to store the full video file. Starting this fall, Microsoft’s deal with Netflix will grant Xbox 360 owners access to instant streaming of more than 12,000 feature films and television shows.