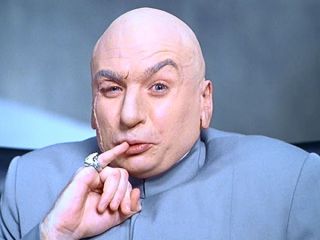 "It smacks of extortion," she told the San Francisco Gate. Typically she spends her days doing volunteer work in the East Bay and "fussing" over her grandchildren. But a lawsuit filed in April against her and dozens of other Jane and John Does by a Chicago law firm says differently, and is insisting that these people, along with the grandmother, cough up thousands upon thousands to settle out of court.

The scare tactics used to bully defendants out of court certainly does smack of extortion, and some legal observers are agreeing with her observation. Matt Zimmerman, senior staff attorney at the Electronic Frontier Foundation, said these mass Doe filings, embarrassing allegations and low settlement fees are all carefully calibrated to get "victims" into coughing up large sums of money even if they've done nothing wrong.

According to the paper, Steele Hansmeier PLLC filed the case against "Does 1-46" in U.S. District Court in San Francisco on behalf of Hard Drive Productions. This case is one of many filed against 10,000 defendants of behalf of adult companies. Partner John Steele believes his firm is doing its part to fight back against "widespread copyright theft" that threatens to put his clients out of business.

The woman told the SFG that she had no idea if her wireless Internet service required a password, but admitted that a handful of young men lived next door. The firm's letter said that someone else using her unsecured wireless network isn't a viable legal defense, and claimed that downloaders of child pornography have used the same excuse but didn't succeed in court. But as we've seen of late, that's not entirely accurate. Zimmerman said it was deliberately misleading.

"There is no legal doctrine that says you're responsible for what somebody else does on your Internet connection," he said.

The woman said she'll face trial on her own if necessary, throw herself on the mercy of the court. "I'd say to the judge, 'I have no idea how this happened,' " she said. "If Sony can get hacked, if the Pentagon can get hacked, my goodness, what chance does an individual have?"

Steel said that leaving a Wi-Fi network open to the public is like leaving a loaded gun within reach of a 3-year-old child. Apparently bare boobs can kill too.