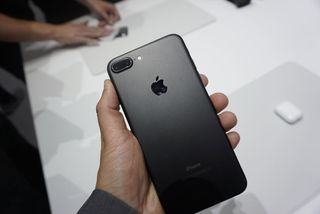 If you're an iPhone owner and don't want to freeze or crash your handset, then stay away from a video cruising around the internet.

A video clip that first appeared on the Chinese video-sharing service Miaopai can crash any iPhone it runs on, according to several Redditors and others who have tried to play the clip.

You need only to click on the video and stream it in the iPhone's built-in video player. While the five-second video plays through just fine and even includes audio, after it finishes your iPhone will start to slow down and eventually freeze. The only way out is to perform a "soft" reboot by holding down the lock and home buttons, or the volume-down and home buttons, at the same time.

In a video posted Monday, the EverythingApplePro YouTube channel showed how the trouble happens. The link to the problematic clip is sent to the recipient, who clicks on it and opens it in the iPhone's Safari browser. (This also works in Apple Messenger.)

After playing the five-second clip to completion, the iPhone appears to be just fine. But before long, the app transitions on the screen slow to a crawl, apps stop opening and, eventually, nothing on the device will respond, including its physical buttons. Time for a reboot. (The link we tried no longer worked, but as the video has already been shared on two different services, it's bound to still be out there.)

It's unclear what in the video causes iPhones to crash, but it appears to cause a problem in the smartphone's video player. So far, Apple hasn't commented on the problem. It's said to affect even the newest iOS version, iOS 10.1, as well as the iOS 10.2 beta.

Those who have tested the video playback say they aren't experiencing any trouble with their devices after resetting the smartphone, and there is currently no indication that it's causing any permanent damage. Still, given what it does, it's best for users not to try it out.

That warning has done little to stop the distribution of the video. The video has quickly gone viral among those who see it as a way to perform a simple prank without putting anyone in danger. The link is now floating around the internet, and many Reddit users have reported their friends sending it to them in a text message or other forms of communication.

Staying vigilant, then, is a good idea.

Apple has dealt with similar problems in the past, including a string of text that would cause iMessage to stop working properly. Each such flaw has been patched by Apple with iOS updates.