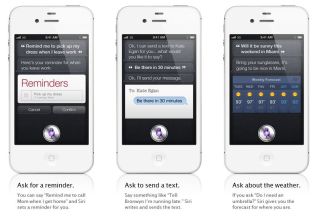 What if you were to get very personal and, say, ask Siri to marry you?

There is a screenshot circulating on Facebook (originating from TIMN's review) that answers that question. Siri's answer is, as you may expect, polite, but a definite no. "My end user licensing agreement does not cover marriage. My apologies." Don't take it too hard, at least you get an apology and since you technically own your personal Siri, you can be sure that you two can stay friends.

As a side note, you may also find some peace in the fact that Steve Jobs reportedly left plans for at least four product generations at Apple and there could be a version of Siri that could get more personal, sometime in the future.