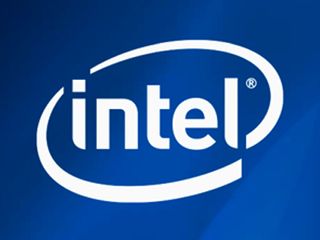 LAS VEGAS -- Another CES, another Intel processor launch. The leading PC chipmaker often uses the industry's biggest event to show off its upcoming CPUs, and this year is no different -- the company has just announced broad availability of its new Broadwell platform. Known commercially as Intel 5th Generation Core Series, the new 14-nanometer technology will power the next generation of computers, from low-cost laptops to lightweight tablets and high-powered workstations.

But why should you care? Here are five reasons Broadwell matters.

Every time Intel launches a new processor platform, it motivates the entire PC industry to launch a huge wave of new products powered by the new chips. Because nobody wants to buy this year's product with last year's specs, companies like Dell, HP and Lenovo work in sync with Intel's schedule. For example, this week, Lenovo announced a major refresh of all its major ThinkPad notebooks, which will now use Broadwell. As many of these new products roll out, we will see even thinner and lighter designs with high-resolution screens, solid-state drives and other high-end features.

According to Intel's internal tests, a Broadwell-based notebook should last 1.5 hours longer than a similarly-configured system using last year's Haswell chips (tests conducted on a Core i7 processor). That's enough time to watch another movie on your next flight. By using a 14-nm manufacturing process, Intel was able to shrink the CPU die size by 37 percent while adding 35 percent more transistors. Using a smaller die with more tightly packed transistors leads to a more a power-efficient processor overall.

Broadwell-based Core Series laptops (Core i7, Core i5, Core i3) should see an estimated 22 percent increase in graphics performance. That additional juice might make the difference between playing a game on your computer or giving up. The new chips are also 50 percent quicker than the last generation of CPUs when it comes to video encoding. The next time you need to edit and save a clip you've shot, you won't be waiting so long for it to save.

Intel's WiDi (wireless display) function has been available on laptops with Core series CPUs for a few years now, but Broadwell takes this screen-mirroring technology to the next level. The new platform comes with WiDi version 5.1, which adds support for 4K displays and DirectX 11 games so that your notebook can turn your TV into the ultimate entertainment center. Even better, WiDi 5.1 adds new security capabilities so that businesses can control who gets to send their screen content to which conference-room display.

Though technically not part of the Broadwell platform, Intel's RealSense 3D cameras are debuting on 5th Generation Core PCs. The new depth-sensing webcams have three sensors -- two for depth perception and one for 2D images -- that allow you to perform a host of new tasks on your computer, from navigating through Windows with hand gestures to capturing 3D images of your face. You can play a number of new games, or even conduct video chats with a custom background imposed behind you -- no green-screen required.