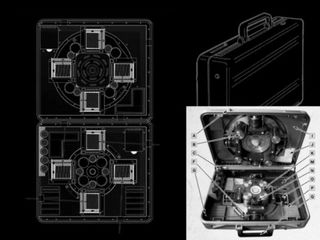 Inception is one of the best films out of Hollywood in years. But the dream is not over yet.

Director Christopher Nolan revealed to the press in Rome during the film's Italian launch that there are plans for a videogame tie-in.

"We are looking at doing is developing a videogame based on the world of the film, which has all kinds of ideas that you can't fit into a feature film," Nolan said, quoted by Variety. "That's something we've been talking about and are looking at doing long term, in a couple of years."

"I did always intend for this film to give a mass audience a really entertaining experience," he added. "But my fear with the film was always that it would be misinterpreted as being overly cerebral or puzzle-like."

We're intrigued at the possibility of any sort of Inception-related content, but hopefully it won't turn into another "Matrix-universe."