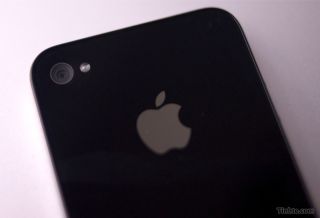 The iPhone 4 is a pretty nice piece of hardware but because of an exclusivity contract with AT&T, anyone who wants it has to move to the network and a lot of people are just not willing to do that. However, if you're really desperate, you might consider a trip north of the border to pick one up.

Similar to a deal recently announced for the UK, Apple is offering Canadian customers the chance to purchase the phone directly from Apple.ca. You can sign up with whatever carrier you want for whatever service you want. Doesn't that sound great?

iPhone 4 uses a Micro-SIM, just like the iPad, but a MicroSim is just a regular SIM without the extra plastic. With a bit of elbow grease and precision, you can file your own SIM down to size and use it in your unlocked iPhone 4.

No word on pricing yet but considering the unlocked 8GB iPhone 3GS costs $549, we're going to guess somewhere in the region of $749 for the iPhone 4. And even then we get the distinct feeling that that's a little optimistic.

Unless Apple is only taking credit cards with Canadian addresses attached or isn't selling them at all in their brick-and-mortar stores, we don't see any reason why you shouldn't be able to take a little trip to Canada and pick one of these up.