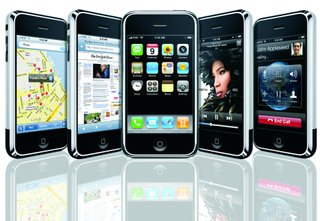 “This is a big update, it fixes lots of bugs,” said Steve Jobs during the Apple event last Tuesday morning. “Fewer dropped calls, big battery life improvements. No crashes with Apps. Backing up is faster.”

The big winner from the new update is undoubtedly iPhone 3G users, particularly those with reception problems. Although there are reports that the new software made no improvements (or even made things worse), the majority of users say that reception on their new iPhones is better than ever. All of our call problems that occurred on a regular basis prior to Friday all of a sudden disappeared after the update.

Apple even saw fit to change the “3G” logo on the iPhone, perhaps as a quick and easy way to tell apart the new, improved software from the older one.

The claim of “big battery life improvements” doesn’t seem to be as “big.” Battery life is noticeably better on the iPhone 3G, but not enough to allow the heavy user from wandering too far away from a charging source. Another problem is that Apple is not saying how it improved battery life. If the main targets in power management were in the 3G and GPS radios, then we could say for sure that the battery improvements are for the iPhone 3G only. At this point, however, we can’t say for certain.

First generation iPhone users will surely be able to enjoy the other improvements, such as no more SMS texting lag, faster app installs and fewer instances of crashing. Backup times were also drastically improved. Those of us who had pages of apps installed had to deal with backup procedures that would measure into the hours. With 2.1, our backups were usually finished within 15 minutes.

Despite Apple’s reputation for solid integration of hardware and software, the iPhone 2.1 software update shows just how far behind the software was during the iPhone 3G’s launch in July. Version 2.1 is the software that should been paired with the iPhone 3G.

Now about that MMS and copy & paste...