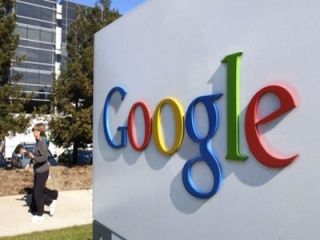 Don't do trolling through Apple's App Store for Google Now: you won't find it. Instead, Google has updated its Google Search app to v3.0.0 which now visually features the company's Siri killer. After the update, users can watch an optional video demonstration on how it works (shown right), and endure a brief slide-based introduction until prompted to choose to use Google Now immediately or activate the feature later.

At first glance Google Search looks no different, consisting of the Google search page and links to Apps, Voice and Goggles. However a cards option now appears at the bottom which the user taps and slides up (shown below), revealing a whole new Google Now interface. As with the Android version, Google Now pulls up personal information and presents useful data the user might need including the local weather, traffic conditions to the doctor's office, flight schedules and so on.

"Google Now is about giving you just the right information at just the right time," said Google engineer Andrea Huey. "It can show you the day’s weather as you get dressed in the morning, or alert you that there’s heavy traffic between you and your butterfly-inducing date—so you’d better leave now! It can also share news updates on a story you’ve been following, remind you to leave for the airport so you can make your flight and much more. There’s no digging required: cards appear at the moment you need them most—and the more you use Google Now, the more you get out of it."

So which is better? Google Search/Now or Siri? To find out, I asked Siri to "find local pizza shops" by long-pressing the Home button. After a brief moment, she responded saying "I found three pizza restaurants fairly close to you," and then listed the results in their geological order.

With Google Now, I had to open the Google Search app, touch the Voice icon, and say "find local pizza shops." This app actually visually acknowledges what you are saying word by word, and then loads up not only a map showing physical locations with alphabetical markers, but lists them according how close they are to my location. "There are several listings for pizza shops less than a mile away," Google Now said, revealing seven locations.

When asked "find local car dealerships," Siri won the number of search results, presenting fifteen within 3.6 miles of my location. Google Search only found seven within ten miles, but these were more mainstream new and used car lots whereas Siri pulled up auto parts stores, the license plate office and other non-dealership information I didn't ask for. Honestly, I'm not too sure who won that one.

So what does this have to do with Google Now? The more you use the app, the more it learns about you. It's both a little scary and quite handy at the same time. Question is, will iPhone and iPad users even take advantage of Google Now given that Siri is just a button-press away. With Siri, users have to discover a location by pressing on a search result. With Google Search, it's visually shown with an alphabetical designation in both the map and the result listing.

To get the updated Google Search for iPhone and iPad, head to the App Store on the device or check out its online listing here.