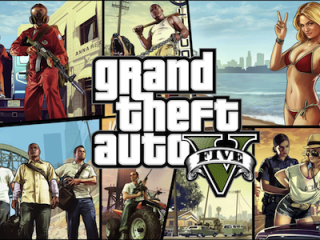 If you've been on the Internet at all over the last couple of weeks, you've been unable to escape the fifth edition of Grand Theft Auto. Especially this week. In the run up to GTA V's launch, it seems like it's been all anyone has talked about. Now that the game has officially launched, Take-Two Interactive has announced that the first 24 hours of availability has already brought in $800 million worldwide. This doesn't include the Japanese or Brazilian markets, where the game has yet to launch and the game is currently only available for the Xbox and PS3.

"All of us at Take-Two are thrilled with the initial response to Grand Theft Auto V. Once again, the team at Rockstar Games have outdone themselves, setting the entertainment industry's new standard for creativity, innovation and excellence," said Strauss Zelnick, Chairman and CEO of Take-Two.

Rockstar has been teasing the arrival of GTA V for almost a year, having first announced the game in October 2011. Take-Two says its $800 million first day is the highest first day retail sales of any title in the history of the company and the Grand Theft Auto series.