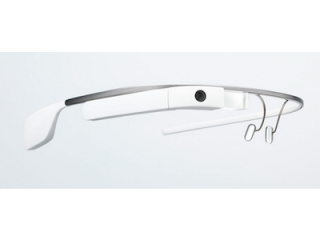 Although Google Glass doesn’t provide augmented reality, that doesn’t mean gaming is out of the question. In a recent post to its Glass developer blog, Google details concepts for Glass-friendly games in an effort to nudge app-makers into the gaming territory.

“With tons of tiny sensors and a screen that fits neatly above the eye, Glass is an exciting new place to play,” Google says in its post. “We hacked together five simple games that experiment with the unique features of Glass and demonstrate some of the possibilities for gaming.”

The gaming concepts shown in the video are simple ideas that leverage Glass’ accelerometer and gyroscope. For instance, one game called Balance requires you to shift your head from side to side to keep a virtual pile of shapes from toppling over. A Fruit Ninja-esque Shape Splitter game lets you slice shapes shown on the wearable display’s transparent screen by moving your finger in front of the camera.

Although Google is pushing these possibilities on developers, this isn’t the first instance of Glass gaming we’ve seen. Last year Glass wearer Brandyn White hacked Google Glass to play “Super Mario Bros.” with his eyes. In short, White inserted a 3D-printed webcam from Formlabs into Google’s headset to enable eye-tracking while running an NES emulator to play the classic Nintendo game.

Google’s video game concepts definitely seem simple enough to easily play on a device such as Glass. However, watching Glass-wearers swipe at the space in front of them and tilt their heads while staring into space may be more entertaining than the games themselves.