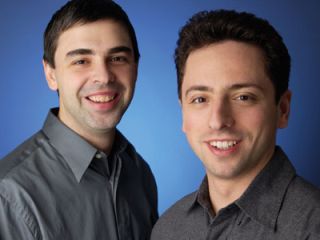 Google is playing with new keyboard ideas. There is a search key instead of the CAPS key. There are no F buttons, but browser-related keys that directly relate to viewing content in the browser window instead. I have to admit that I used those keys exactly as often as the F keys, which is about zero. The search button is a silly idea. I know that this is just a prototype, but I should also note that I loved the rubbery surface in the beginning, but noticed that it is very difficult to keep clean as well. In fact, I don't really care about fingerprints anymore as the Cr-48 has changed roles from a go-to web browsing device to a pure workhorse device for research and authoring texts.

A big deal about the Cr-48 and Chrome OS is that you stay informed about updates and what is happening in the background. Google does not provide any information and whatever comes out of Google is not worth mentioning. They did say they would be more engaged in the future, but for now your best bet is the Chrome OS Pilot Forum that has been set up by Google. Any news that may affect Chrome OS, any update, any product changes and rumors are discussed here.

3. Chrome OS is just a browser

Honestly, I stopped caring about the debate whether Chrome Os is an OS or a browser and whether Chrome is an OS or browser. The fact is that Chrome Os looks just like a browser and the differences are so subtle that they do not affect you when using Chrome OS. In fact, if you look at Chrome and its recently announced background apps feature, Chrome is more and more becoming an OS anyway. As far as everyday usage is concerned, Chrome OS is your Chrome browser.

One of the really cool privileges that come with the Cr-48 is free 3G through Verizon wireless. While it was announced previously that the connectivity will be offered from $10 per month, Verizon does not charge for 3G connectivity on the Chromebook for two years. Your bandwidth is limited to 100 MB per month, but that should be enough to keep you tide you over until you can connect to Wi-Fi again. I haven't touched the limit yet, but I am told when Cr-48 users exceed 100 MB volume, the 3G connectivity is simply shut off for the respective billing period. I found this basic connectivity useful on some occasions and I am actually convinced free, basic 3G should be built into the price of any mobile device for a period of two years - or offered as a $200-$250 option.

5. Without network connectivity, the Cr-48 is useless

Common sense. We are talking about a cloudbook here. If you can't connect to the cloud, the Cr-48 and Chrome OS have no purpose and are about as useful as a brick on your desk. There is no offline capability yet. I have learned to only bring the Cr-48 along when I know that I will have Wi-Fi network access at my destination. You won't get far without being able to connect to your Google account and access Chrome, your email and docs. If there is anything Google needs to fix, it is offline capability, especially for Gmail as well as Docs and offer the same kind of support to app developers.

When you use Chrome OS, you will be consuming a massive amount of data and you require lots of bandwidth. Your Wi-Fi network at home should be capable of handling everything you throw at it with the Cr-48, but public networks may not be enough. I have come across several places with shaky Wi-Fi access (hospitals and hotels, especially) and Verizon's 3G access is simply not enough in the area I live. Limited bandwidth turn the CR-48 into a frustrating experience. In some cases, I tethered my Android G2 phone to the Cr-48, which was fine in HSPA+ supported areas, but painful, when you ended up in rural areas and were limited to EDGE speeds. After 10 weeks of using the Cr-48 I am confident to say that public wireless networks aren't providing full coverage and simply aren't ready for the cloud computing age.

7. The battery life is amazing

Can we please have more of these? I know, there is just a weak single-core Atom processor in the CR-48 and you quickly can get to the limits of the chip even in web browsing (just try to play Flash games), but I found the battery one of the best hardware features. The other week I had to spend two days in a hospital and ended up being so bored that I decided to work. My netbooks get about 3 hours of battery time on average, the Chromebook gets well more than 10 hours. After 8 hours of continuous work, the battery had still 33% of capacity left. Sure, there is not much entertainment happening, but keep in mind that the Wi-Fi connection was on all the time and, given the circumstances, the Cr-48 was the perfect device as I had no concerns that I would need to recharge it during my stay.

This is a deeply personal matter as I have grown addicted to Netflix movie streaming (I know there are other options such as Amazon.) Despite the fact that Chrome in itself supports Netflix streaming, Chrome OS is blocked by Netflix. Netflix says it is working with Google to work on this issue, but, for now, you can stream Netflix movies. A consumer cloud device that does not support Netflix has a problem. Google needs to figure this one out soon.

I never understood the purpose of 15" or 17" notebooks. They are too bulky to be brought on a plane and they are just not as powerful as a desktop PC, which is why I have stuck with a desktop and decided to use netbooks on the road. I had a 7" EeePC early on and lately used an 11" Acer Ferrari netbook, both of which I still enjoy. However, the Cr-48 turned out to be able to be the more comfortable form factor and it is small and light enough to fit in your briefcase. Most importantly, its surface can take quite a bit of abuse with suffering irreparable damage. Despite its shortcomings, I now use the Cr-48 on short (business) travel, if I know that I have a reliable Internet connection available.

I admit that I have generally high expectations in such products, but Google wants to go head to head with Microsoft and Apple. As much as Windows is dissed and as limited Apple's market share still is, Chrome OS has to be perfect. There are holes in the feature set, including the missing offline capability as well as Netflix streaming. There is no unique selling point to Chrome OS. the simple feature to browse the web won't sell Chrome OS. There needs to be a standout feature and uniquely designed applications in the same way we have seen on Android. Right now, Google isn't talking enough to developers and testers. There is a certain level of public TLC that is missing.