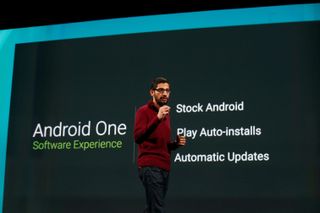 Google launched its Android One initiative back in 2014 to bring low-cost phones to the developing world that would continue to get feature and security updates. According to a report from The Information, Google will be trying its hands at low-cost phones in the United States, with the first handset launching by the middle of the year between $200 and $300.

Google is reportedly paying for marketing efforts for this first handset, and its possible that LG is among the handset creators we'll see first. Overseas, Android One devices were made by lesser-known companies like Micromax and Karbonn.

The strategy would mean more product unity among low and mid-range Android phones. You could buy with confidence knowing that your device would get some sort of updates throughout its lifespan.

Last year, we saw Google get into the premium smartphone market with Google Pixel, for which it makes its own hardware and software. The Information's report shows no indication that the company will make its own low-cost phone, but it clearly has a plan to make its operating system consistent among all devices, including the cheapest ones on the market.