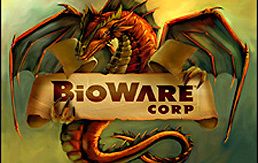 The activation scheme is similar to BioShock’s requirements utilizing SecuROM, a method that many users deemed frustrating. However, BioShock did not require users to constantly validate.

“SecuROM settings are for up to 3 activations,” said French, “There is no banning or such if you go beyond the 3 activations, it just won’t activate. If you run into any issues with this, you will be able to contact EA tech support and they will help you resolve any problems you have getting your game to run.”

Initial reaction to Bioware has been overwhelmingly negative with many gamers going as far as proclaiming a boycott of the titles. It appears Bioware is adding fuel to the fire that PC gaming is dying or at least on life support.

Earlier this month Crytek, makers of Far Cry and Crysis, revealed the studio would no longer support PC exclusives. Cevat Yerli, Crytek President, pointed his finger towards piracy and claimed the company was “suffering” from the huge piracy stemming from its recent Crysis release. EA Sports president Peter Moore also revealed recently that Madden NFL 2009 would not be slated for the PC platform. The decision marks the first time Madden will not be available for the PC since the inception of the title.

Game publishers have been focusing seriously on consoles in the last recent year or so. On the console, it is far more difficult to pirate games, and with the growing popularity of such systems as the Wii, it makes sense for these companies from a business stand point. The video game industry is proving itself to be as big or even bigger than the film industry.