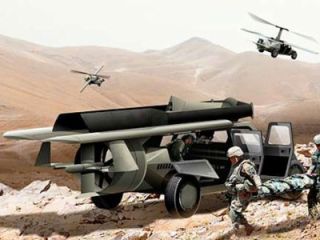 On Friday, Boston Dynamics has announced that the United States Department of Defense's research agency, DARPA, has awarded them a contract to build a new four-legged robot that will be fast enough to chase, evade, and hunt down the fastest human.

The robot, rightfully named Cheetah, is designed to be very much like a real cheetah. With four legs a flexible spine, tail and articulated head, Boston Dynamics promises that the cheetah-bot will be faster than the fastest human but also have the agility to make tight turns and stop immediately. The company hopes to design the robot so it could run in zigzags in order to efficiently chase and evade.

Aside from the slightly terrifying applications that would come about from adding some teeth to the cheetah-bot, Boston Dynamics sees their creation riding into the rescue of wounded soldiers with "emergency response, firefighting, advanced agriculture and vehicular travel."

No information was given on how much money these Cheetah-bots will cost or when they'll be ready but we'll keep our eyes out for any human hunting robo-cheetahs going viral.