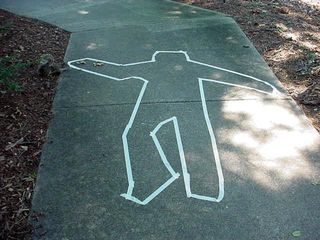 In a study conducted by AIM Group (for Oodle.com, Craigslist's rival website), researchers have linked 330 crimes, 12 murders and 105 robberies or assaults in the United States to the popular classifieds website, Craigslist.

Calling the website "a cesspool of crime," the company has cited examples of murder, rape, robberies, assault and rental scams as only some of the crimes that occur on a daily basis.

The researchers have concluded that "the old rules of 'meeting in public' and 'knowing whom you're dealing with' no longer apply." Criminals have become increasingly deceptive and crafty in order to trick their unfortunate victims.

Peter Zollman, one of the leaders behind AIM's study stated, "Anonymous classifieds can pose a serious danger to consumers and as a result Craigslist has become a ‘one-stop shop’ for criminals."

"To be fair, Craigslist as an entity can’t be blamed for the things that happen among its users. It’s merely a facilitator of commerce, after all," Zollman explained. "And we understand thousands or even tens of thousands of transactions happen safely between Craigslist aficionados. Long before Craigslist, even, robberies were linked to newspaper classifieds from time to time."

"But that’s no longer an excuse that Craigslist can hide behind," added Zollman.

Despite the study's claims, Craigslist has become a very reliable and successful resource for consumers looking to buy, sell or trade a multitude of products and services. Unfortunately the crimes that come about from the anonymity of the website can only be prevented with more cautious practices in which the website can hopefully educate its users about.