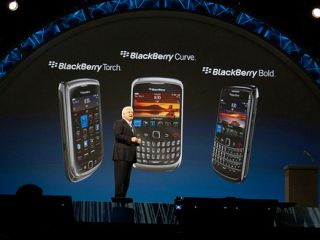 Research in Motion is a company under siege. It pretty much owned the smartphone market five years ago and was the first, last and only choice for business users. Then came Apple and Google, and the party was over.

The most recent ComScore report on the smartphone market shows Android has surpassed BlackBerry, and Apple is inching up. RIM faces the real risk of going from first to third place in the market.

The shame of it all is that BlackBerry phones are hardly shoddy. On the business side of the market, it's still the standard in secure, manageable smartphones, and the company has managed to grab a nice share of the consumer market. But it's seen as dated and worst of all, decidedly unhip.

There were some serious shortcomings: the lack of a decent touch screen phone like the Android/iPhone design (referred to as "chocolate bar" designs) definitely hurt. Its attempt to compete with the iPhone, the Storm, was terrible. While Android and iOS had good to great Web browsing experiences, the BlackBerry browser was terrible.

RIM fixed the browser problem in BlackBerry OS 6.0 with a slick new browser that was a major improvement over the old one. The BlackBerry Torch, introduced with OS 6.0, had a much nicer touch screen.

There was hope the company would get its act together. Coming out of the BlackBerry World conference in Orlando, Florida earlier this month, it appears RIM hasn't gotten the hint. Where it had opportunity, it dropped the ball. More than once.

Next Page Messing Up The OS Roadmap