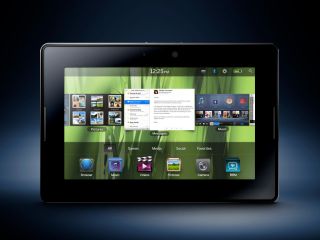 It looks like Amazon has set the tablet market afire with its latest Kindle offering. Since the Kindle Fire is based heavily on the BlackBerry PlayBook's design, Amazon's $200 price tag would certainly make any potential RIM customer question about spending a penny more. Thankfully, they won't need to ask any questions – at least not for a "limited time."

Research in Motion today officially confirmed on its Twitter account, of all places, that the BlackBerry PlayBook's new price now starts at $199.

Customers in RIM's homeland of Canada have been enjoying the new sub-$200 price since last week, but today's announcement makes it official across the board and includes the United States.

RIM clearly states that this a "limited time" offer, but we don't see how the price can go back up any higher after this sale. It could be a sales tactic, but in any case, if there was any time to buy a PlayBook, this is it.