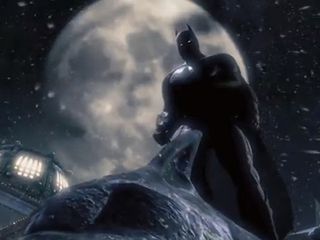 Batman fans, get ready to don the cape and cowl once again: The launch trailer for the upcoming video game "Batman: Arkham Origins" is here just days before the game itself hits shelves.

"Batman: Arkham Origins" is a prequel to the 2009 video game "Batman: Arkham Asylum" and the 2011 "Batman: Arkham City." In this game, a younger, less experienced Bruce Wayne takes to the streets of Gotham on Christmas Eve to face off against a number of deadly assassins.

This trailer, entitled "Personal Mission," focuses on the Black Mask, a Gotham crime lord who appears to serve as the game's main villain.