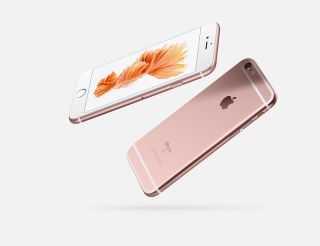 If you're looking to upgrade your old Phone or Android, but aren't too thrilled with the new iPhone 7, you can now save big on an iPhone 6s or 6s Plus directly from Apple.

That's because those models have just made it to Apple's stock of refurbished devices. Depending on the model and color you choose, you can save between $80 and $120. Of course, they're still not cheap.

A refurbished, unlocked 64 GB iPhone 6s Plus in Space Gray has been listed as $589. That's $100 less than what you'd pay for a brand new one, and actually cheaper than the $599.99 you'd pay for the same model that's "certified pre-owned" at Best Buy.

Apple's price isn't as good a deal as you'd get on Gazelle.com though. There, you can get an unlocked version of that same model for $528 or a T-Mobile compatible model for $498.

But paying a little extra to get one directly from Apple may be worth it. A refurbished iPhone from Apple comes with the same one-year warranty as you'd get with a brand new phone, plus all of these refurbished phones come with a new battery and new outer shell. Meanwhile, Gazelle's website just says that the phones it sells undergo a 30-point inspection, and a year of accidental-damage protection costs $49.

So if you're not into Lightning connector EarPods, this could be a deal you won't want to miss. It's unclear how long these supplies will last, but if Apple continues to get an influx of older iPhone models, these savings straight from Apple could stick around for a good while.