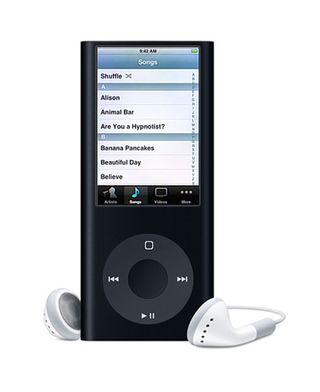 Apple is widely expected to introduce at least one new iPod music player (a new Nano, perhaps?) and announce price cuts on some existing iPod models at a press event in San Francisco next Tuesday.

Price cuts on iPod Touch model are seen as critical to the device’s ongoing competitiveness, since the 8- and 16GB models—currently priced at $299 and $399, respectively—are each priced $100 higher than their more-capable iPhone 3G counterparts (when taking promotional prices with two-year AT&T contracts into account, of course). Although there is currently no iPhone equivalent to the 32GB iPod Touch, you can expect that device’s price to drop from its lofty $499 perch, too.

While no other digital-media player can match the iPod Touch’s innovative touch-screen user interface (or work with Apple’s iTunes, for that matter), there is no shortage of competing devices offering just as much storage and comparable sound quality for a fraction of the price of Apple’s products. SanDisk, for instance, sells a 32GB version of its Sansa View for just $350. Heck, $530 will buy you Cowon’s new Q5W, which not only features a 60GB hard drive and a five-inch touch-screen but a built-in GPS receiver!

But we digress. The Apple rumor mill has also been churning with predictions of new MacBook and MacBook Pro notebook computers fabricated from aluminum and stainless steel, a significant upgrade from the plastic used in current models. While it’s possible that Apple could also unveil these new machines at next week’s event in San Francisco event, the company doesn’t typically mix apples and oranges (so to speak).