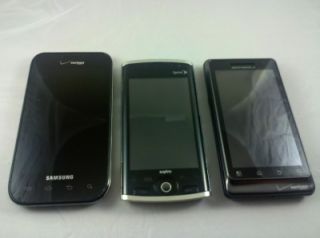 The Androids You Didn't Know You Were Looking For

Android is on a tear. As the number of devices running Google’s operating system continues to increase, so does the platform’s market share: 25.5% of worldwide smartphone sales were Android devices in the third quarter of this year, according to research firm Gartner. Apple’s iPhone? Just 16.6%.

We've rounded up three recently launched Android devices that don't get as much media attention to see if all Android devices are equally worthy of attention. Better yet, two of these phones cost less than $200 with a new 2-year contract from Verizon Wireless and Sprint.

With the Zio, you get an affordable device running stock Android and the new Sprint ID feature that allows users to download entire, pre-customized Android experiences complete with widgets and apps. On the Droid 2 by Motorola, you get a strong update to the Android phone on Verizon Wireless that took the network by storm, complete with some updated hardware and Motorola’s MotoBlur customization. Finally, on the Samsung Fascinate, you get seriously powerful hardware in a very small package, and a user interface that might look familiar if you’ve been shopping for smartphones.

All three models run Android, but the version of the OS and the experience you have when you use them differs widely.