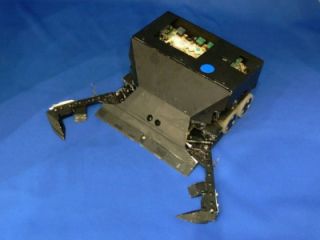 In the western world, the word “sumo” paints a mental image of two tubby giants slapping each other silly until one of them either falls or is driven out of the ring. You’d think that this lack of speed would translate to the robot world, until you watch the video below:

Yes, it was over in seconds, and no, that footage wasn’t sped up. The robot participants of the 2010 All Japan Robot Sumo Finals, held December last year, are more like ninja than sumo. They're so fast you’d miss them if you blink. In fact, the match you just saw was completely autonomous (and real-time), as no human being would ever keep up with these super-sped-up machines.

Let’s hope they don’t decide to enter real sumo competitions, or those fat guys won’t know what hit them.