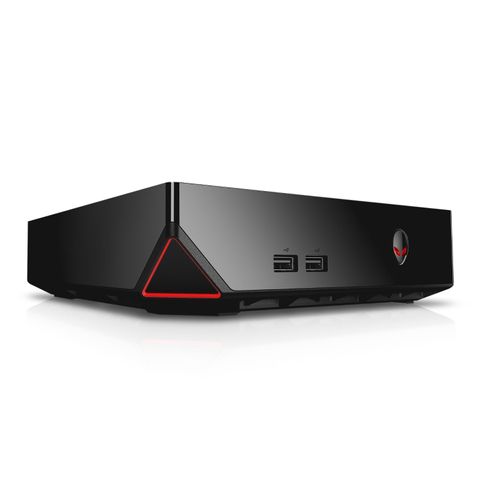 Combining the UI of a gaming console with the power of a PC, the Alienware Alpha is a force to be reckoned with.

Say hello to the gateway drug of PC gaming. Alienware, known for kick-ass laptops and desktops, is turning its attention to console players with the new Alpha. But what is the Alpha exactly? At its core, it’s a small desktop gaming PC, but, thanks to an innovative interface, it allows gamers to play PC titles as easily as they would on an Xbox One or PlayStation 4. With the ability to tap Steam's ever-growing game library and deliver 4K graphics, Alienware has everything it needs to establish itself as the new alpha dog of the gaming arena.