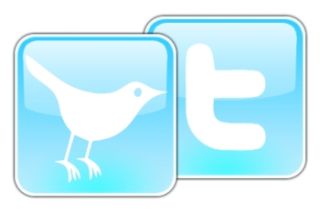 CNN reports that Yahoo and Twitter have struck a deal where the latter website's real-time content will be integrated into the Yahoo global network. Similar to previous deals with Google and Bing, Twitter feeds will now be accessible on all Yahoo outlets including the home page, Yahoo! Mail, Yahoo! Sports and more, allowing users to update tweets without leaving the Yahoo network. Real-time Twitter feeds will also appear in Yahoo! Search.

"Let me try to capture the enormity of this integration in 140 characters or less," Yahoo! Vice President Bryan Lamkin said, lightly mocking Twitter's super0tight character limit. "We're turning the key to the online social universe -- you will find the most personally relevant experiences through Yahoo!"

Reuters elaborates on the story, reporting that Twitter messages may be relevant to each Yahoo property. As an example, there could be a selection of messages that appear alongside an article about a particular subject. "Yahoo! will also be able to build unique Twitter clients into their properties making it easier for folks to tweet wherever they feel comfortable within the Yahoo! Network," reads the official Twitter blog.

Yahoo would not comment on the financial terms regarding its deal with Twitter, however Reuters said that Microsoft and Google paid a combined fee of $25 million to include Twitter data in their search results.