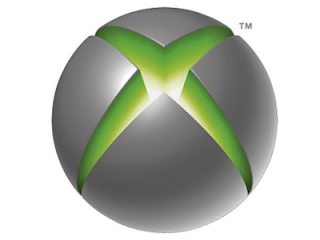 Thursday brought reports of Microsoft backing out of offering a full-fledged TV service because the licensing fees simply cost more than the company wanted to shell out. As it stands now, the Xbox 360 console merely offers content that compliments what consumers already have instead of replacing their service. This applies to both the Xbox 360 and a second stand-alone box reports previously named as Microsoft TV.

Additional details have surfaced in regards to that second set-top box, claiming that it will arrive in 2012 bearing a sub-$200 price tag, perhaps around $150 if we're lucky. The device was supposedly slated for early 2012 at one point, but has since been pushed back -- this coincides with the report that Microsoft backed out of negotiations, and has thus put its full-fledged streaming TV plans on hold. Sources claim it will still arrive before the next console from Microsoft, however.

Codenames currently circulating within the rumor mill label it as Live Xbox, Kinect Xbox and Kinect HD -- let's also not forget Microsoft TV which makes more sense. It will reportedly come packed with Kinect technology and feature a low-profile version of the existing motion-sensing gadget, yet adding a larger base for housing the HDMI and USB ports, and the power supply.

Unsurprisingly, this device will actually have gaming capabilities, taking full advantage of the Kinect hardware. It will focus on the casual player with titles like Fruit Ninja Kinect, indicating that it will likely feature the new Metro-style Xbox Dashboard, the Marketplace and apps to install. Those wanting to play Gears of War or Call of Duty titles will need to purchase an actual Xbox 360 (or 720) console.

Like the current Xbox 360, this Microsoft TV device will reportedly feature Wi-Fi connectivity right out of the box. Other connection options are unknown at this point in regards to Ethernet and sound output. There's also no indication that existing Xbox 360 gamepads will work on the device although there's a good chance Microsoft TV will focus on motion and voice control-based games instead. And given that users will download apps, some storage space will be required -- likely quite a lot if Microsoft follows through with its DVR plans.

Of course, everything seen here is mere speculation and rumor -- Microsoft hasn't officially announced anything. Still, there's a big Kinect-related announcement scheduled for E3 2012, so perhaps we'll know more about this gadget then.