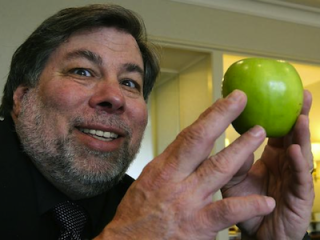 As the co-founder of Apple, Steve Wozniak is a technophile with some serious connections. However, just because he can call in a favor at Apple and get an iPad delivered to him without having wait outside at all hours of the night, that doesn't mean he will. Steve has made a bit of a habit out of lining up for Apple launches and he doesn't want to let the tradition die with iPad 3.

While Steve usually queues in San Francisco, this year he found himself in LA, so he hit up the line at Westfield Mall in Century City, CA. Steve got in line at noon yesterday and was number two, second only to his wife. He said that while he certainly doesn't have to wait in line (indeed, no one does, thanks to pre-orders), he wants to be genuine and wait with everyone else.

"I'd rather be there genuine like the real people. I want to be one of the people lined up and wait all night. Apple's just that important to so many of us, so you know, why not?"

Why not, indeed, Woz, why not indeed. What's Trending caught up with Wozniak as he waited in line early this morning. Check it out below: