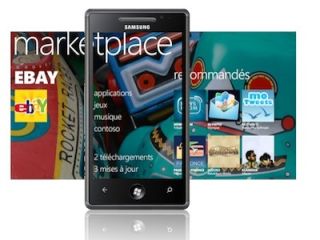 Last year we heard that Microsoft was investing billions in Windows Phone 7 and that nearly half a billion had been set out for marketing alone. We saw some of that money in action this week in New York City's Herald Square, where Microsoft installed a massive Windows Phone 7 handset to celebrate the launch of four new Windows Phones and in an effort to attract more users.

The huge phone will demonstrate the various features of Windows Phone 7.5 to shoppers preparing to hit Macy's and the surrounding stores this holiday season. Check out the video of the phone's construction below:

Here's another video showing how Microsoft is putting real people in the big Windows Phone. They had live games of Plants vs. Zombies, performances from Far East Movement, and even a proposal: