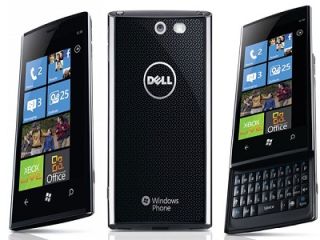 Microsoft's Windows Phone 7, or WP7, arrives in the U.S. on November 8th, and Steve Ballmer and Co. certainly have the hardware to back up the latest (and, according to the company, greatest) smartphone operating system.

We've known about Windows Phone 7 for quite a while now, but the hardware wasn't unveiled until a recent press conference. The OS will launch on ten phones worldwide, with six of those available in the U.S. AT&T seems to be the launch carrier of choice, but T-Mobile is also getting in on the fun. Sprint and Verizon won't see any WP7 love until the first half of 2011, but one phone is already confirmed for Sprint.

The OS will launch with four hardware manufacturers on board, including HTC, Dell, Samsung and LG. None of these manufacturers are WP7-exclusive, however, as all four are either making Android-based phones already or are planning on it in the future.

Much like we're doing with tablet PCs, Tom's Guide will be covering Windows Phone 7 and its hardware like bee's on a hive. Here we are going to examine the new WP7 handsets, according to manufacturer, to see how the feature sets compare. We will also give you a look at the handset bound for overseas, and see how similar or dissimilar it is to its American brethren.

Next Page WP7 and HTC