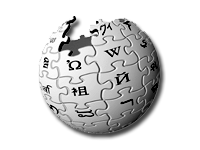 For months, visitors to Wikipedia were also shown banners appealing for money for the site. This is because the site itself is ad-free and supported by donations. These donation appeals ranged from pictures of founder Jimmy Wales to photographs of regular Wikipedia contributors. However, the banners have now disappeared, because the Wikimedia Foundation has reached its target for donations for 2011.

Speaking via blog post yesterday, Jay Walsh, said that the Foundation had received donations from nearly every country in the world and that the 2011 campaign carried on the trend of donations increasing every year since 2003.

"It is our most successful campaign ever, continuing an unbroken streak in which donations have risen every year since the campaigns began in 2003," he said, adding that Wikimedia had received $20 million in donations from readers. This is up from $4.5 million in 2008, and the number of donors is said to have increased ten-fold since that same year.

"Your support is how we pay our bills. People like you, giving five dollars, twenty dollars, a hundred dollars. Thank you for helping us," said Sue Gardner, Executive Director of Wikimedia Foundation. "We're the #5 most-popular site in the world --- we operate on a tiny fraction of the resources of any other top site. We will use your money carefully and well, I promise you."

Funds raised during the campaign will be used to buy and install servers and other hardware, develop new site functionality, expand mobile services, provide legal defense for the projects, and support the large global community of Wikimedia volunteers. Walsh says that the Wikimedia Foundation’s total 2011-12 planned spending is $28.3 million. The majority of this was raised during the fundraising, and the remainder will come from grants and other donations throughout the year.