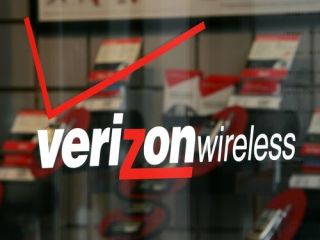 "GameTanium takes the guesswork out of finding the best games while offering consumers the convenience of a one-stop gaming destination at a great value," the company said on Friday. "The easy-to-use interface lets customers explore and discover high-quality games picked by Exent’s editorial board.  Enhanced editorial features such as parental ratings, rich game imagery and reviews immerse customers in the game before downloading.  Plus, fast download speeds and no advertisements give customers uninterrupted game play."

While this sounds like a great deal, playing games offered from Verizon has a huge setback. Speaking as an owner of the Xperia Play PlayStation-certified smartphone, Google Play offers the most updated apps -- meaning when an app is updated by the developer, Google Play has it first. Amazon's Appstore is second, and usually conflicts with Google Play in regards to updates even when Amazon's apps are versions behind Google.

That leads us to Verizon. Based on experience, Verizon Wireless typically doesn't regularly update the apps, or they're variants that the company offers. That means gamers are typically playing old apps when purchasing them through Verizon Apps (formerly known as V Cast Apps) -- even standard apps like Rdio and Skype are highly outdated versions of the ones found on Google Play. But despite that drawback, Verizon offers a monthly subscription for individual apps to those who don't want to make an actual purchase.

Will Verizon do a better job at offering updated apps with GameTanium? That remains to be seen. Currently Verizon customers can download the GameTanium smartphone and tablet apps from Verizon Apps on more than 30 Android smartphones and two Android tablets, including Motorola's Droid Razr, Motorola's Droid Xyboard 8.2 and HTC's Droid Incredible 4G LTE.

"Customers are encouraged to try out the service with a free trial, providing unlimited access for three days.  After the three-day trial, the service is $5.99 per month and will appear on customers’ monthly bill.  A Verizon Wireless data plan is required and usage may count towards a customer’s data allowance," the company said.

To get started, GameTanium is NOT in the Verizon section on Google Play. As previously stated, it's found within the Verizon Apps app on your smartphone or tablet, currently listed in the New Apps section. After downloading and installing the free GameTanium app, the home screen is similar to Google Play, featuring a section for Editor's Picks, What's New, and tiles showing several of the most popular games like Plants Vs. Zombies, Doodle God and others.

Ultimately, this may be a good way for Verizon gamers to get their fill for $5.99 per month: for the cost of one high-end gaming app, customers can get hundreds. That's not a bad deal if Verizon actually stays on top of the actual app updates.