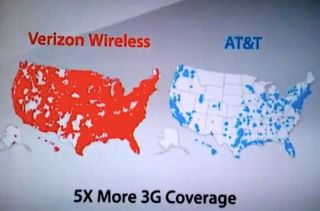 That is, until today. It looks like the folks at Verizon haven't quite grown tired of poking fun at AT&T and this time, it seems they're reaching out to the younger crowd.

It's a Twilight rip-off, featuring a love-struck teenage girl and a vampire. When the vampire realizes she's on AT&T, he tells her they can't be together because forever is a long time to endure slow music downloads. He ditches her for a bunch of giggly Verizon customers. I'm not sure why there's a (were?)wolf at the end but I'm assuming I'd need to watch Twilight to know.