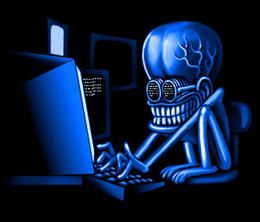 Both Fox News and the Secret Service said on Tuesday that they're launching a detailed investigation into a hack of the @foxnewspolitics verified Twitter account that took place early Monday morning. The political feed reportedly began posting false claims that President Barack Obama was dead on the 4th of July.

Following tweets claimed that Obama was shot twice at a Ross' restaurant in Iowa while campaigning. "We wish @joebiden the best of luck as our new President of the United States," a final tweet said. "In such a time of madness, there's light at the end of the tunnel."

The tweets have thus been removed from the feed, but not before 30,000 plus followers began to re-tweet the president's demise. AllTwitter adds that Fox News hadn't updated the political feed since June 30, so it's possible the group gained access to the account sometime between than and July 4th.

"We will be requesting a detailed investigation from Twitter about how this occurred, and measures to prevent future unauthorized access into FoxNews.com accounts," said Jeff Misenti, vice president and general manager of Fox News Digital.

George Ogilvie, spokesman for the Secret Service, said that it is "investigating the matter and will be conducting appropriate follow-up."

In addition to the Fox News Twitter hack, a separate attack by AntiSec affiliates was performed on an Apple server over the weekend. The New York Times claims that the group only stole a small number of internal passwords and usernames – those not related to the public or Apple customers – from an Apple server used for online surveys.