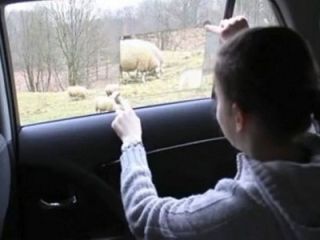 Two weeks ago, Toyota Europe released an awesome sneak peak at a multimedia window concept the company may be pursuing. These high tech windows allow passengers to use simple gestures to zoom in on the world outside, draw on the windows, or find out more information about what they are seeing. Check out the company's YouTube video below.

Developed in conjunction with Copenhagen Institute of Interaction Design, Toyota Europe calls the concept, 'Window to the World'. Although it is a great concept to keep children entertained or to keep tourists informed, we're a bit skeptical as to the practicality of the window. Being able to zoom in while inside a car could raise questions of privacy. More importantly, a tech like this is likely to involve multiple cameras and special glass materials which probably means it isn't going to be cheap.