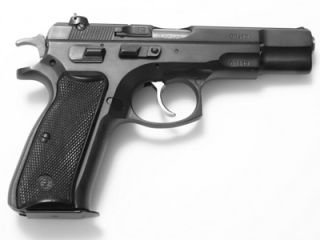 It's common knowledge that taking drunken Facebook photos is social media faux pas. It's best to turn off the Internet when indulging in alcohol, lest any embarrassing personal info be leaked to the Internet.

Tragically, 19-year-old Savannah Ramirez had to learn a lesson about drunken social media and the dangers of guns in a terrible, unforeseen way.

Ramirez and her 22-year-old brother Manuel Ortiz were playing around with a gun, using it to pose for Facebook pictures. The police believed that both Ortiz and Ramirez had been under the influence of alcohol, as they were toying with the gun at an after-party.

Ramirez's Facebook photos show Ortiz posing with the gun, including one where Ortiz is holding it to his temple.

The gun was loaded and went off, hitting Ortiz in the head and killing him. Ramirez was later found at a curb and stated that she had shot her brother.

It's unknown if Ramirez or Ortiz were aware if the gun was loaded.

According to Police Sgt. Steve Martos, Ramirez may be charged with manslaughter if she's found to have alcohol in her bloodstream.