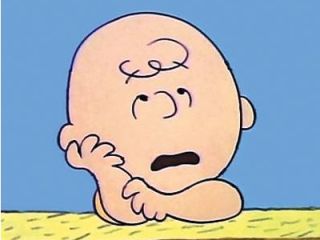 While speaking at the annual Ira Sohn Investment Research Conference in New York on Wednesday, Greenlight Capital president David Einhorn said it was time for Microsoft CEO Steve Ballmer to step down and give someone else a shot at leading Microsoft into a fruitful future.

Calling Ballmer's continued presence "the biggest overhang on Microsoft's stock," Einhorn compared Ballmer to Charlie Brown, Charles Schulz's nearly-bald cartoon protagonist in the Peanuts comic strip. Brown suffers from a "permanent case of bad luck," typically losing at everything he does whether it's baseball, football or landing a kiss from the red-headed girl.

“Ballmer’s problem is that he’s stuck in the past,” Einhorn said. “He’s allowed competitors to beat Microsoft in huge areas, including search, mobile-communications software, tablet computing and social networking. Even worse, his response to these failures has been to pour tremendous resources into efforts to develop his way out of these holes.”

Einhorn's call for change is backed by a virtual standstill in Microsoft's market value over the past ten years as the Redmond company failed to attack new mobile computing and internet markets. As of Tuesday, Microsoft was overtaken by IBM in market value for the first time in 15 years. Apple also shot past Microsoft last year, taking the crown as the world's most valuable tech company.

Greenlight Capital, a New york-based investment management firm (hedge fund) which has $7.8 billion in assets as of January 1, has been a recent buyer of Microsoft's stock, and currently holds about nine million shares, or 0.11-percent of the company's outstanding shares. But according to Reuters, the firm may actually lose money on Microsoft if the company continues to flatline in value, reporting that an investor who dumped $100,000 into Microsoft ten years ago would now have about $69,000.

Ballmer is already aware of Microsoft's position on the mobile sector and how its shortcomings have hurt the company's image and market value. Just last year he took a hit in the wallet after the board docked some of his potential bonus for falling short. He even apologized for Microsoft's late start on Monday while speaking at the Japanese Developers Forum.

Microsoft's CEO is the company's second biggest shareholder at nearly 4-percent, or more than 333 million shares. Co-founder and Chairman Bill Gates has a 6.7-percent stake, or more than 561 million shares. Ballmer succeeded Gates as CEO back in 2000, about the time when Microsoft stock began to flatline in value.